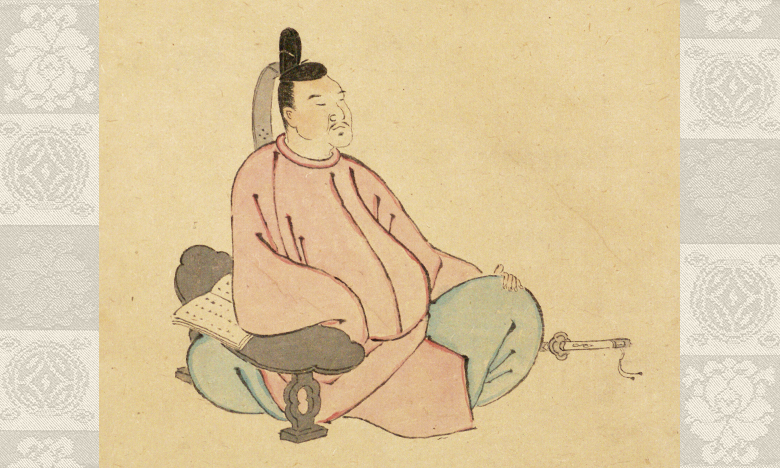 In the early Edo period, Kobori Enshu (Masakazu) played an active role in the Tokugawa Shogunate's culture as a political administrator. As a magistrate, he was involved in the construction of buildings, tea houses and gardens related to the Shogunate and the court, and their artistic beauty is highly acclaimed even today. He learned chanoyu (tea ceremony) from Oribe. As a guide to the tea ceremony of the three Tokugawa generals, he established the buke-cha (samurai tea). He had profound knowledge of the culture of the dynasty.

What is the ENSHU style?

“The greatest artist in Japan”

Tea ceremony, which was originated by the legendary master Sen Rikyu, evolved to focus on wabi (a quality of austere and serene beauty expressing a mood of spiritual solitude recognized in Zen Buddhist philosophy; Oxford Dictionary of English) through his grandson Sotan. It was inevitable that the tea ceremony of Enshu (which succeeded Rikyu and Oribe with artistic improvements) was born in aesthetic contrast to the wabi-cha of the style of Sotan.
Bruno Taut (1880–1938) called Enshu “the greatest artist who gave birth to Japan.” His historical achievement which contributed to tea ceremony, buildings, gardens, arts and crafts can never be overlooked.
Enshu was called the descendant of Fujiwara Hidesato, His name came from the appointment as a landlord of Totomi (Enshu) in 1608.
As mentioned above, Enshu had outstanding talents in not only tea ceremony but also in many different areas.

The connection with the great master Furuta Oribe

It is unclear when Enshu learned tea ceremony from Oribe Furuta, but in his later years he said that he met Rikyu at the age of ten during Hideyoshi’s visit to his brother Yamato Dainagon when he served as one of the waiters at an event. In 1587 he attended Kitano oochanoyu (large tea gathering). It seems that the interest in tea ceremony was deepened very much in his young mind. And in 1594 when he was sixteen, he attended the Hisamasa Matsuya tea gathering accompanied by his father Masatsugu. It is likely that he became a devotee of Oribe Furuta through these events.

To know the nature of the tea ceremony of Enshu, you must first understand his literature. Enshu studied Waka (Japanese poetry) and the calligraphy of Reizei Tametomo, descended from Fujiwara Teika. He loved the graceful imperial court literature and was selected one of the “Shugai Thirty-six Kasen” that were chosen by Tohukumon-in (the wife of Emperor Gomizuo, the daughter of Shogun Tokugawa Hidetada). It seems that he deeply adored Lord Teika who came to be called the god of Japanese poetry at that time.
His knowledge of literature is also reflected in his tea ceremony.